Sunshine Linus President Susan Hoy introduced visitors from two different organisations during our September meeting.
Jan is a volunteer in Tanzania assisting births and teaching the ‘Helping Babies Breathe’ program. She heard of Sunshine Linus through Jackie from the Buderim Private Hospital. Jan spoke of the work being done in Tanzania and the need for beanies for new born babies and also baby cocoons that can be knitted or made from fabric. 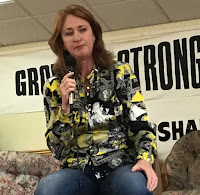 Ruth Morgan who is the Recreation Officer, and Raquel a Clinical Nurse, work in the ‘Acute Restorative Care Unit’ in the Nambour General Hospital. They presented a Certificate of Appreciation to Sunshine Linus.  They requested items that could be used in the unit such as ‘sensory mats’ (with the emphasis on the material used such as corduroy), and quilts that ‘tell a story’, for example, a country theme, pets, gardening, or tactile animal shapes. 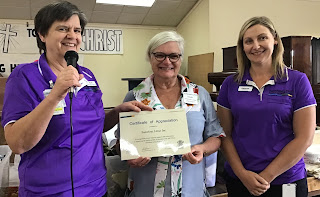 Susan modelled an ‘interlock wrap’ that will be trialled to see if it would be more versatile than shawls for patients. She also showed a neck pillow made of cotton material and stuffed with wadding off-cuts. 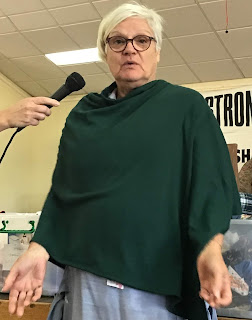 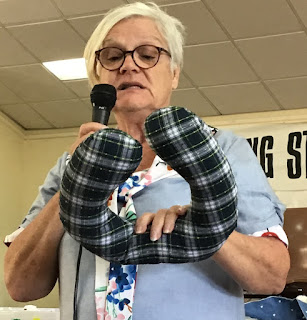 Rosemary showed a set of pretty Christmas decorations. They are an ideal ‘touchy feely’ item for the Alzheimer patients at the Carramar Aged Care facility. 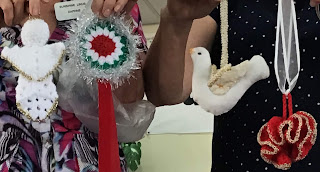 Orrawin showed two quilts this month. The first called ‘Everything but the Kitchen Sink’ combined lots of different blocks. The back of the quilt had a more tropical feel. This quilt would be suitable for a male. 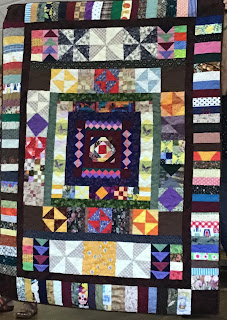 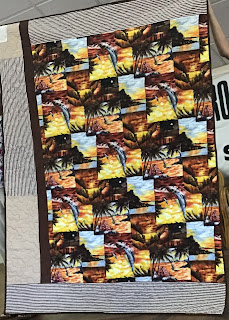 The second quilt was very quirky with lots of colourful blocks pieced to give a more modern feel. 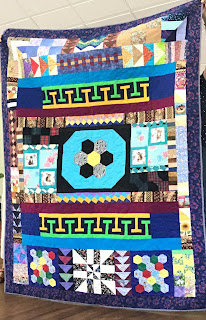 This quilt included 12 machine-embroidered horse blocks that were found on the 'freebie table'. 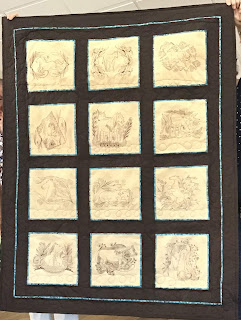 Cynthia designed this clever quilt which incorporated a central lion’s head block made by Jan from Chinchilla. Cynthia added the animal print half square triangles to compliment the lion. 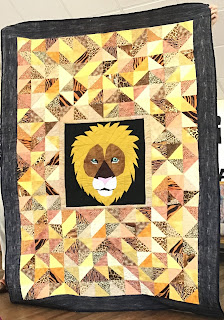 Dorothy showed a fun quilt called ‘Bathing Beauties’ and a very cute ‘Dora the Explorer’ quilt that would be perfect for a little girl. 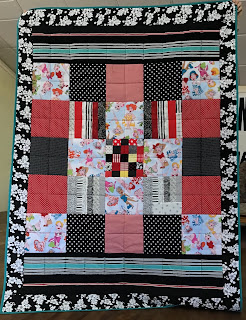 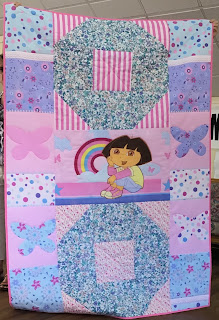 Dee showed a selection of quilts she quilted this month including a ‘Winnie the Poo and Tigger’ quilt suitable for a child, 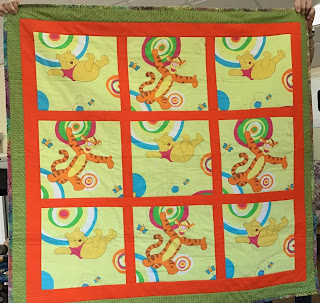 …a grizzly bear quilt that would be perfect for a male and a multi-colour quilt with large pieces added to the side to enlarge the quilt, both made by Lesley. 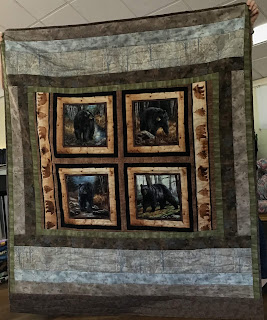 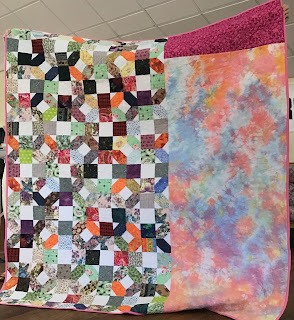 There were also a number of striking geometric quilts among Dee’s collection. 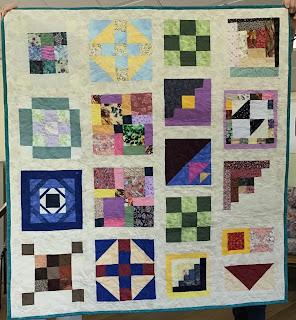 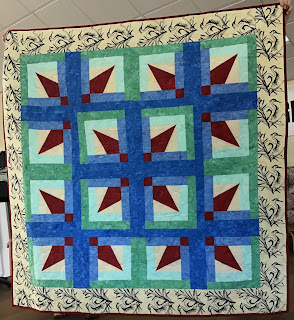 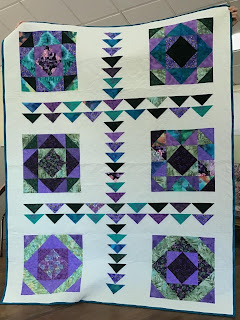 ….and a pretty applique quilt with a very unusual border. 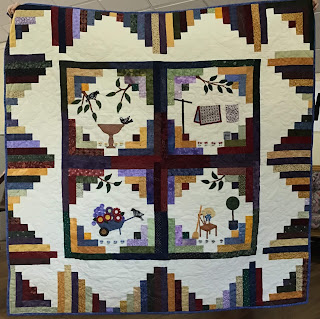 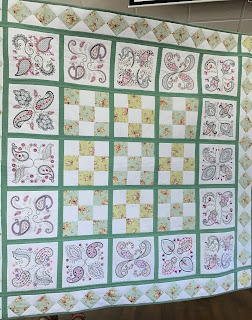 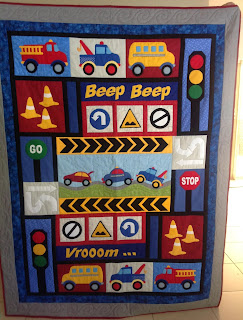 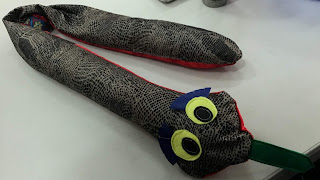 Claire has also been working with Mooloolah State School; they had a competition for the children to design sensory toys.  The first prize is Narwahl Comet. Claire drafted a pattern from the drawing and made a prototype and then the final version.

The second prize is a seal and the prototype was made from minky farbric. The final version needs to be made from 12 different fabrics! Good luck Claire! 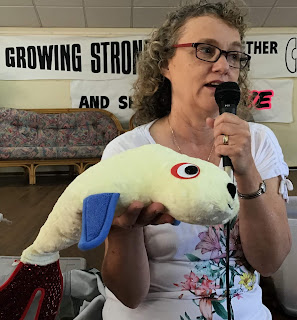 Posted by Glorianne Porter at 4:41 PM No comments:

We need some more volunteers to regularly work on the distribution table. A number of our helpers are away at the moment and it has made us realise that we need to train more helpers to cover when numbers are down. If you can help please contact Jenny D before the next meeting. 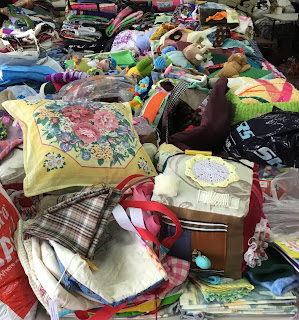 Posted by Glorianne Porter at 8:02 AM No comments: 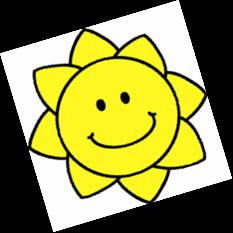 Sunshine Linus is a 100% volunteer non-profit organisation that is in its tenth year of operation here on the Sunshine Coast.

It is our mission to provide quilts and other comforts to the needy community on the Sunshine Coast. We endeavour to provide love, a sense of security, warmth and comfort to children and adults who are seriously ill, traumatised or otherwise in need, through the gift of new homemade comforts such as quilts and blankets, and other hand made items, lovingly created by volunteers. Our first meeting took place in June 2010.